The Linotype machine revolutionized printing with the capability to cast entire lines in metal, rather than individual letters. Each slug would be set, printed, and eventually melted back into shapelessness, waiting to become the next day's words.

ANNUAL CLAMBAKE evolved over the course of a year in Princeton University's typography studio, where I found a box of discarded linotype slugs from a mixture of unknown sources. In short, it was a treasure trove of other people's words.

The project involved assembling the poetry, setting the lines and overcoming the technical challenges of setting and locking nonstandard-sized lines, selecting paper and ink, proofing, and printing. 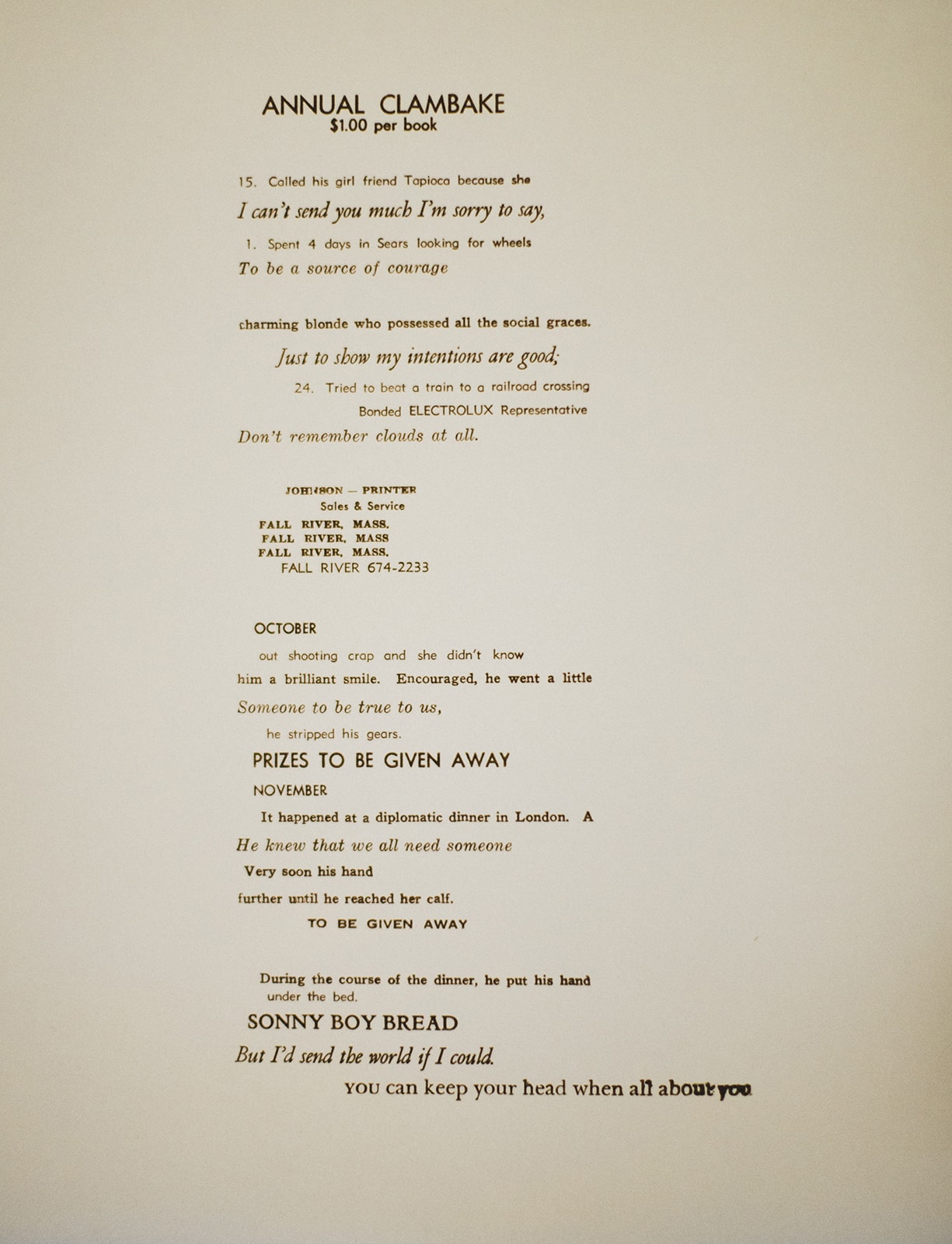 The way I think about the project conceptually is somewhere in the media-theoretic distinction between presence and absence as manifested in poetry. In an interview about his novel Leaving the Atocha Station, Ben Lerner explains his thoughts about Allen Grossman's idea of virtual poetry:

In a brilliant and bizarre essay on Hart Crane, [Allen Grossman] talked about "virtual poetry"—basically, the abstract potentiality of the medium, the originary poetic impulse that is necessarily betrayed by any actual, empirical poem. For Grossman, there is something "bitter" about poetic logic, because the poem arises from the desire to get beyond the world of representation but necessarily depends on the materials of that world.

The meaninglessness of the words transfers the roles of signification and narrative from language onto a mixture of my intent, your interpretation, the evocative power of typefaces, and the spatial relationships of the objects on the page. Because the poetry as a whole is empty of meaning, but the individual words are not, those units of meaning are transmitted through connotation, as a trace of something that's absent. The effect is, as Lerner's character says, "the arc and feel of thinking in the absence of thoughts." In a sense, the project hopes to recreate what Lerner describes as the "sense of how a certain kind of poem can allow you to experience your experience in real time" by deprivileging the author's presence over the reader's presence in the experience of reading. In doing so, it aspires to make more strange the gaps between presence and absence, actual and virtual, positive space and negative space. 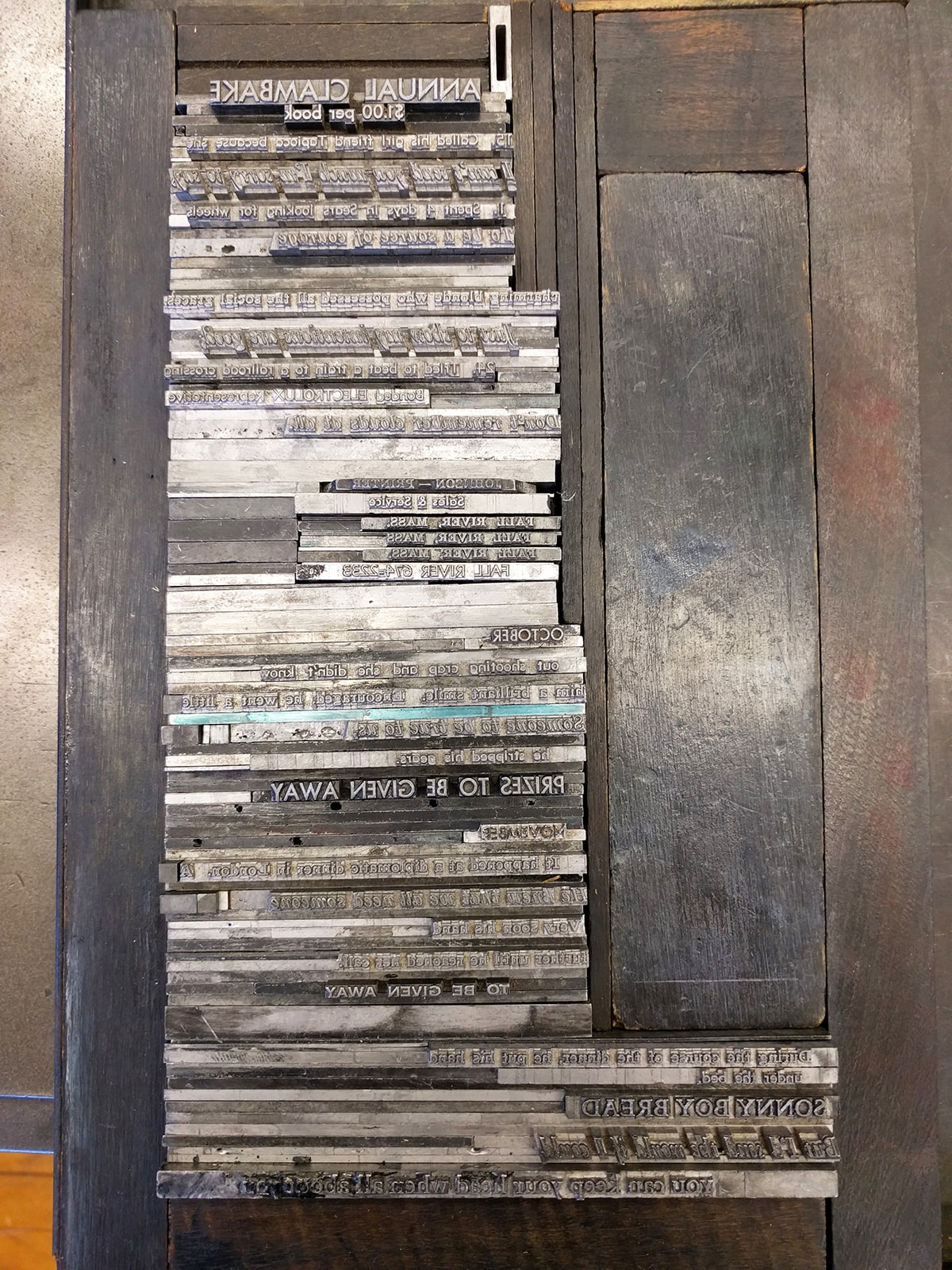 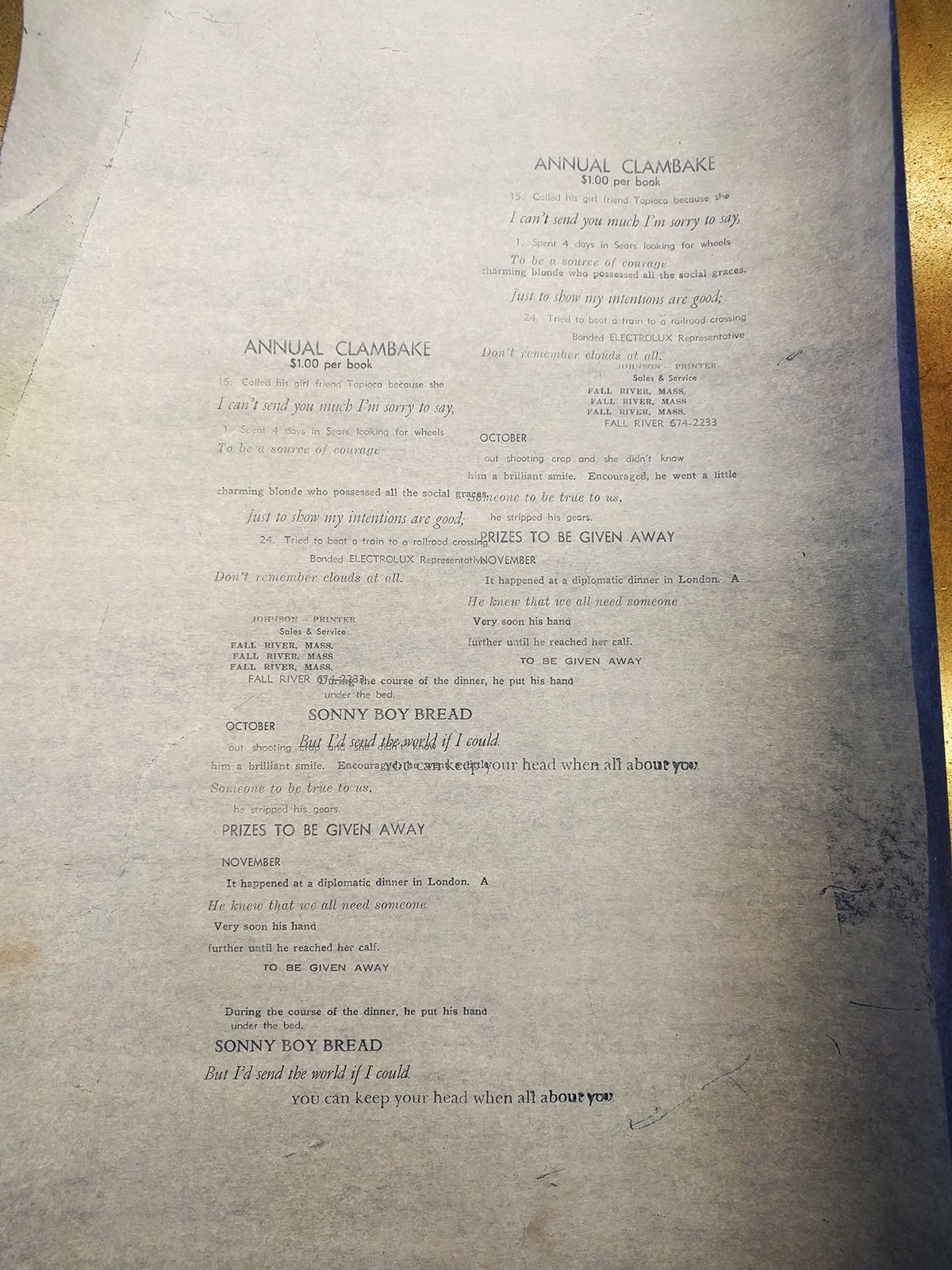 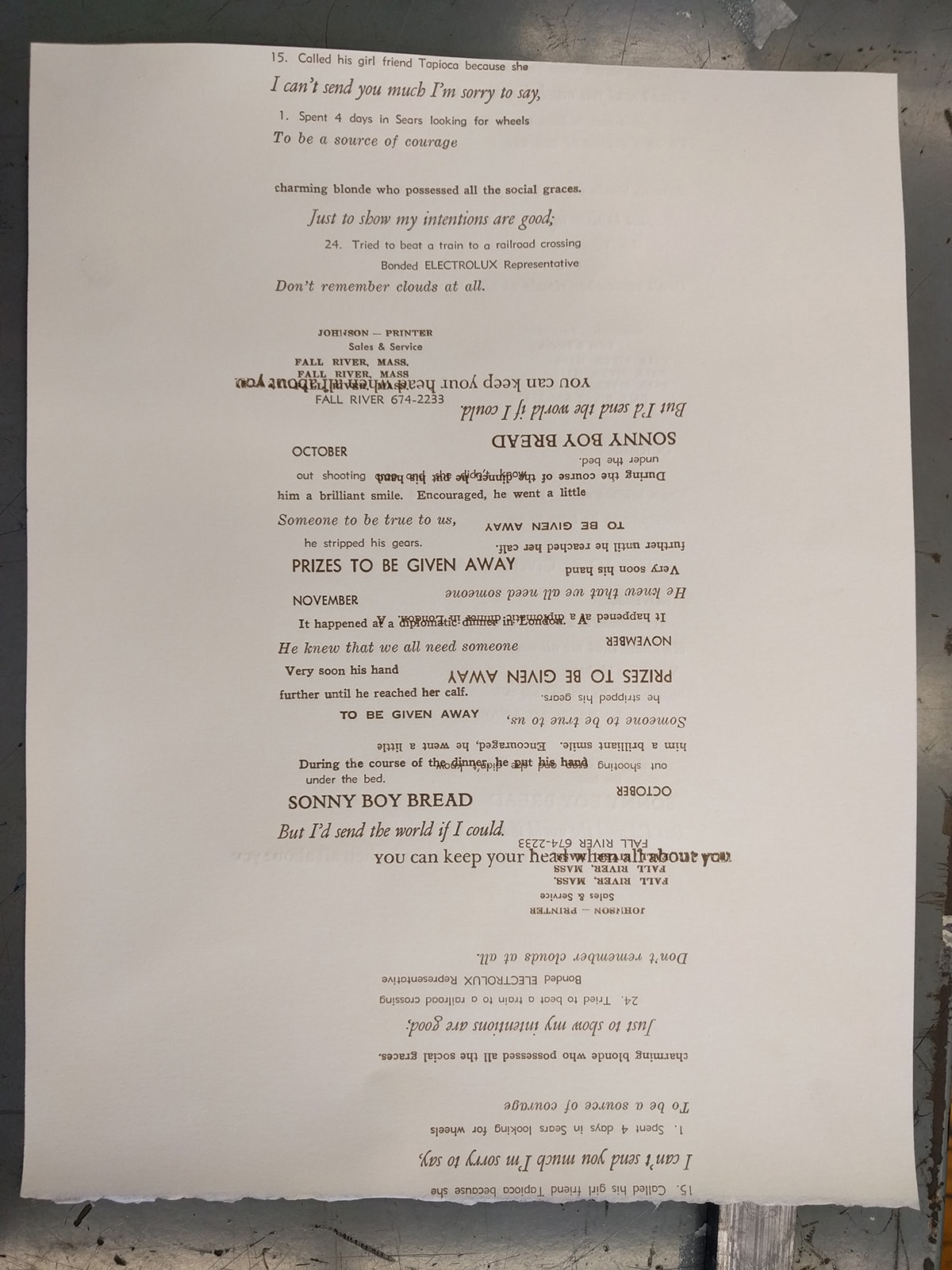 Many thanks to David Sellers and Peter Kazantsev for their help and mentorship in the studio.