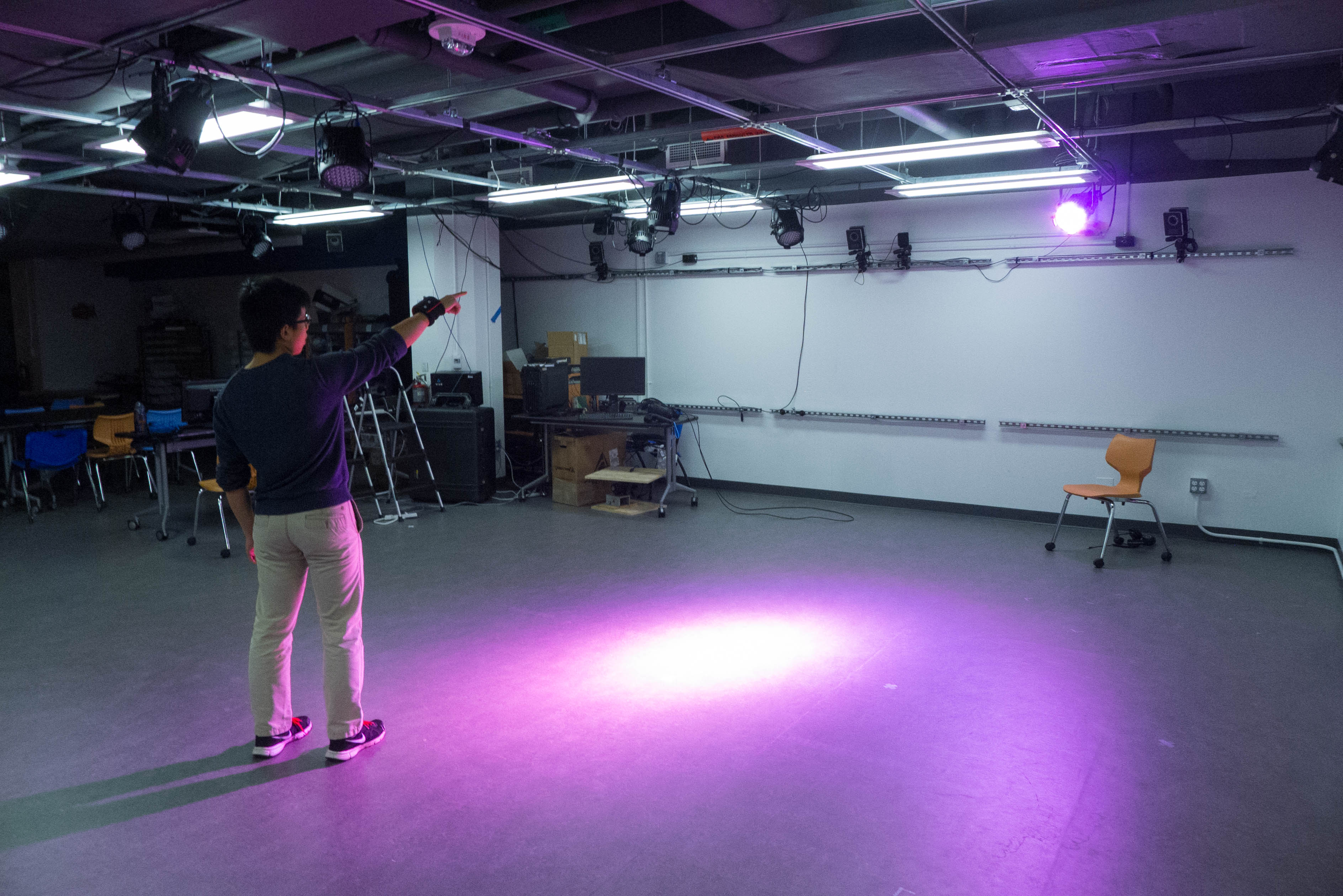 When I started using the Studiolab at Princeton, I saw an opportunity in the fact that the motion capture and theatre lighting were coincidentally co-located. I created a motion tracking wearable out of capture dots and a wristband, and wrote a program in Matlab that calculates intersections between the position of the lights in the room and a 15 degree cone in the direction the wristband is pointing. Any intersections would be sent over OSC to the EOS light board, which would control the lights. Adding a wireless mouse as a peripheral enables more input dimensions like hue and brightness.

The motion capture Matlab script can be found in this Github gist. 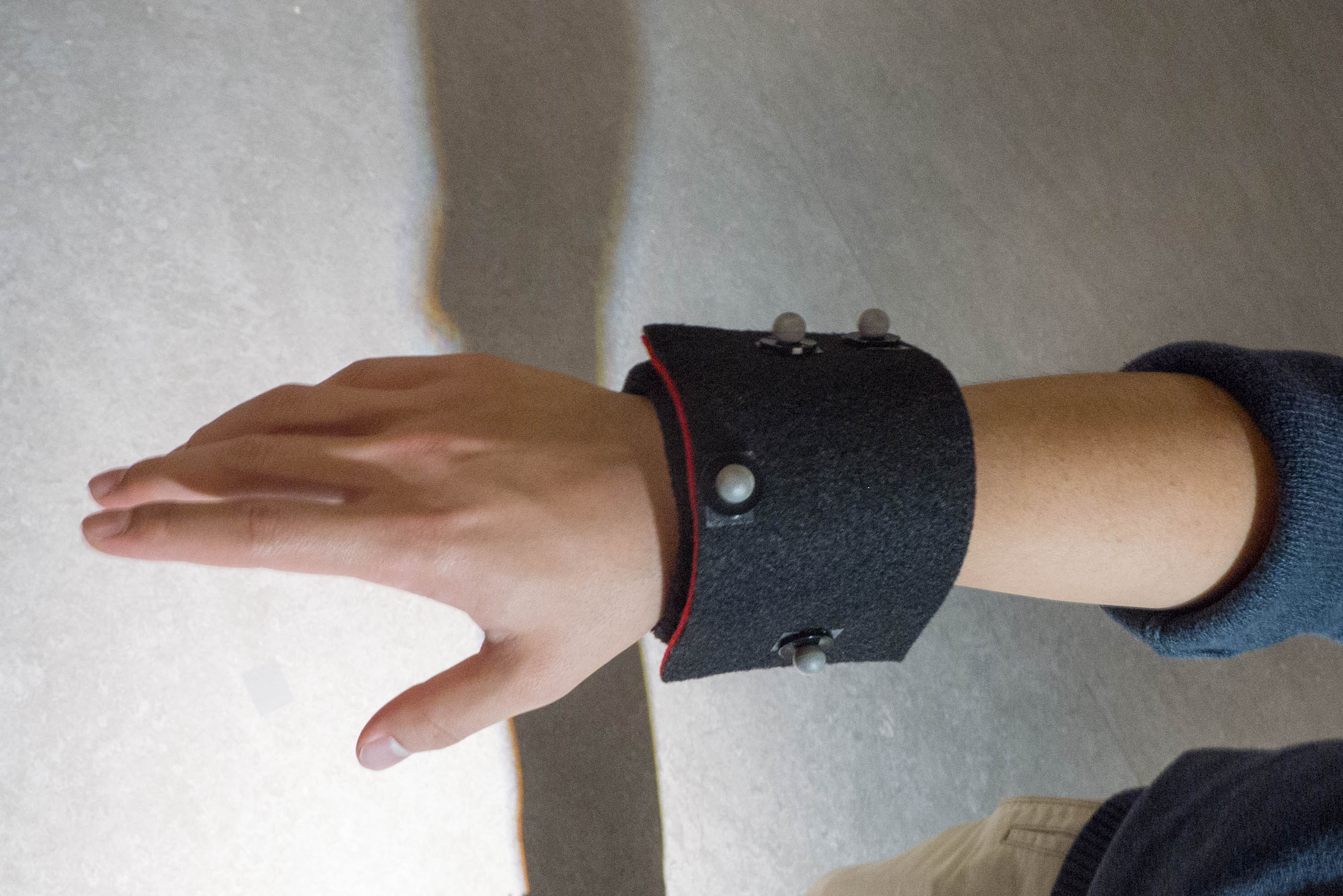