A wave is energy that travels through space, oscillates over time.

Δ is a light harmonograph that examines the dimensionality of these wave features.
In particular, how light and sound act in motion through space and time — how they are perceived in the interstices of change along these dimensions. 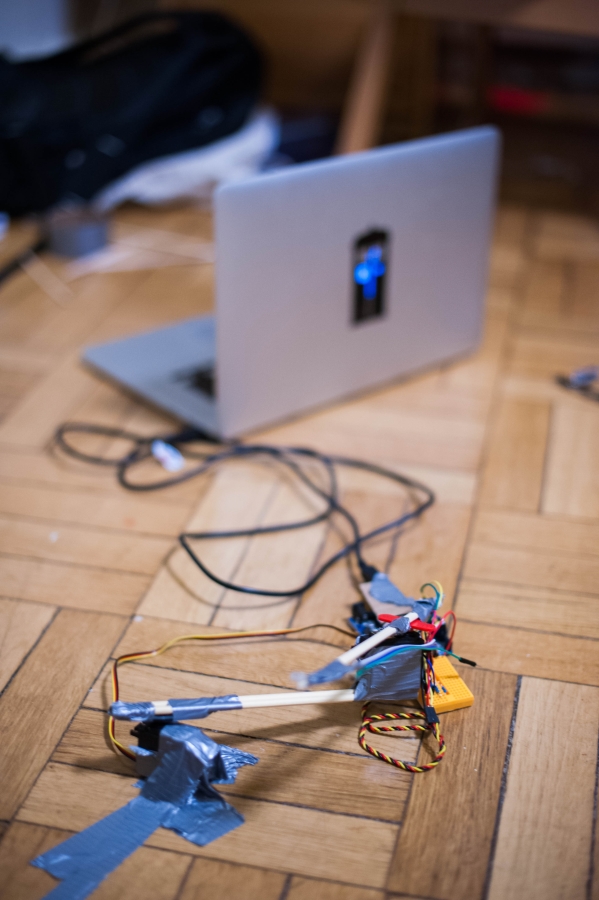 In building Δ I want to understand these three guiding ideas.

Music marks the passage of time; alternatively, a sound sequence is indescribable without change in time.

Tones are described by their duration, melodies by changing tones over time, rhythms by silences in between.

An onset is a perceived beat in sound.
Sequential changes in sound energy are perceivable above a certain threshold — a delta.

Using a mechanical arm with two degrees of freedom, Δ oscillates over time to trace a light image in space.
A zero-dimensional point of light sweeps many one-dimensional arcs across a two-dimensional plane.

Through light, audiovisual and mechanical elements collectively produce a spatial performance, set in time to a piece of music.

Isolating the spatial aspect of the device's performance creates a harmonograph image of the piece of music.
Music is translated into light, captured as representation — as visual information.

Collapsing the Temporal Dimension onto the Spatial

Using long exposure photography, the image of Δ's harmonic motion over time is projected onto one plane.

The result: a visual representation of the entire song over time.

Light and sound, two intangible qualities, are materialized in the Δ machine, performed by that machine, and encoded into the representation of a song through light.

Representations of select pieces of music as translated by Δ. 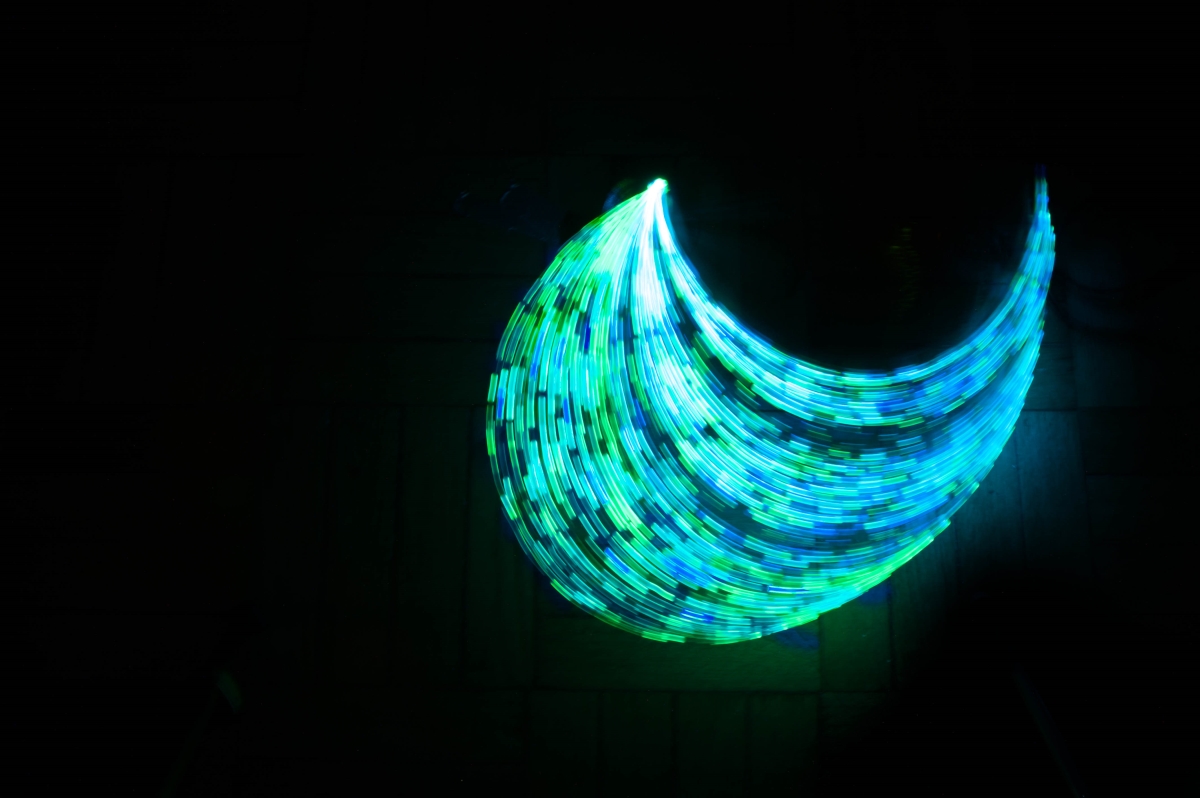 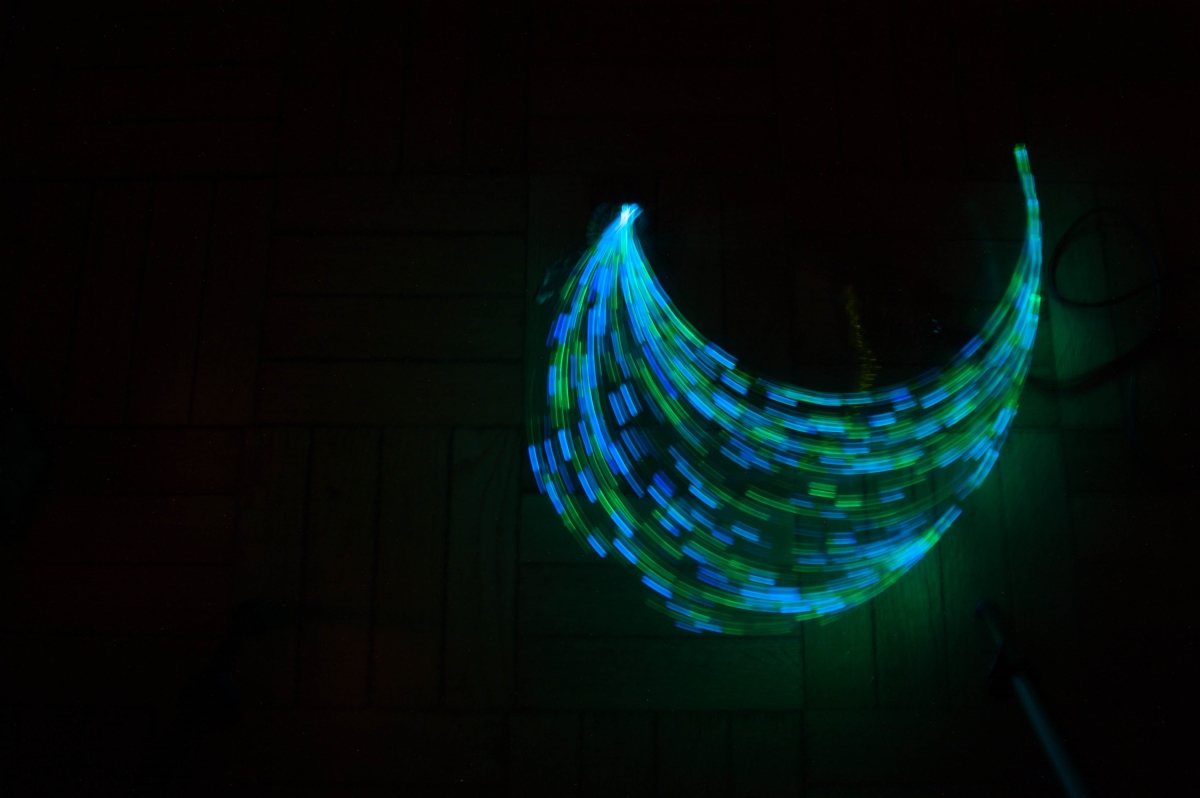