In March, I went on a trip to New York with one of my professor's graphic design classes to hear James Goggin give a guest lecture for the SVA Design Research program. He talked about many interesting things he's worked on; one of these was Confusion, a conceptual, amusingly self-referential record label. An idea came up during the discussion that has stayed with me since. 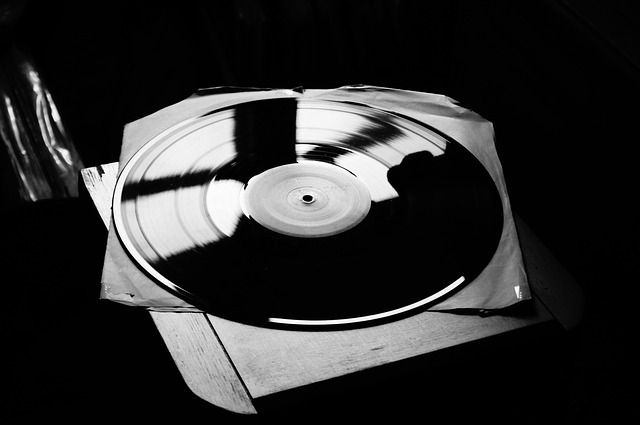 Dematerialization, the idea that the way we transmit information is becoming less tangible, is briefly introduced by Track 17 of Confusion Manual.

Confusion deals with the idea of music, design, arts, and culture, and their production. Many projects, such as concerts and exhibitions, are temporal and ephemeral. Some projects, like sound recordings, are dematerialized, living only in the cloud.

Music itself is a great case study of this phenomenon. Think of vinyl, with a song encoded physically in its grooves. The vinyl record was the storage medium for a song, its material was the representation, and a gramophone translated between the encoded physical representation and the intangible music — the information itself. As technology progressed, we got CDs, and then mp3 files — and now we don't even have those; we stream from remote services in a model where we don't really possess the music that we listen to.

The trend speaks for itself, and has increased the convenience and scale with which we consume music. But shifts in music technology imply fundamental changes to the way in which we interact with music and the technologies that store our music. I'll try to get at the broader paradigm shift here through a few examples and anecdotes. 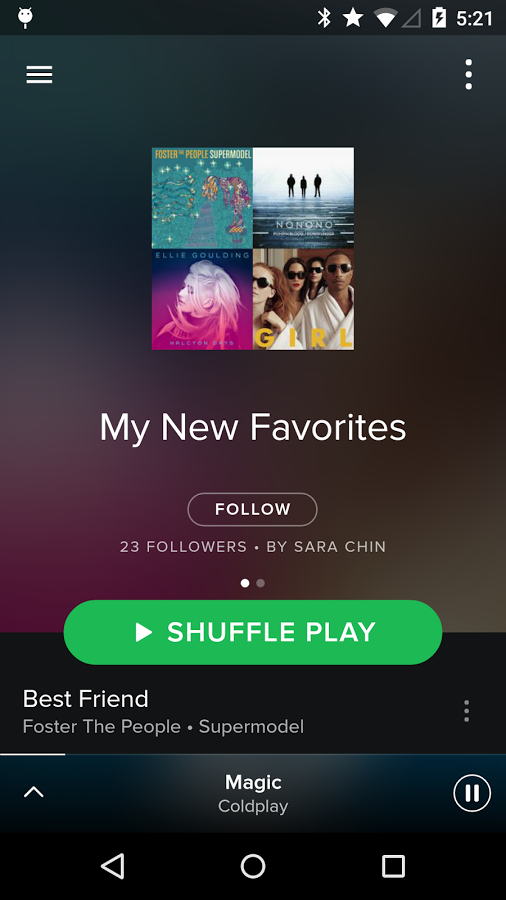 Notice how "Shuffle Play" is information hierarchy #1. It is the primary call to action. This was a design decision, most likely reflective of the (data-driven and therefore potentially self-reinforcing) insight that shuffling is the way most people listen to music most of the time. And this is only recently a fact. Before shuffling could exist, someone had to invent the iPod.

Over July 4th, I took a road trip with my family. 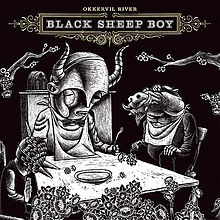 In the car, my sister and I listened to Okkervil River's album Black Sheep Boy and its followup Black Sheep Boy Appendix all the way through in order. The total play time is 71 minutes, and the melodies and lyricism work like musical poetry. The albums are, for lack of a better phrase, Literary with a capital L. Listening to them in order is an experience.

My sister owns some of Okkervil River's music on CDs. The materiality of a CD facilitates its own experience. You might open the packaging, thumb through the insert, carefully push in the middle clasp while lifting the outside of the disc with your index finger in order not to scratch the back. Sometimes you blow some dust off the CD (because there's dust, or just for good luck?), and you place it into its slot on top of the CD player. This experience is a ritual. Like opening a book, it's ritualistic and immersive. It encourages you to conceptualize the album as a unit. It encourages you simply to sit and listen, because listening to music is its own thing that you can do.

Instant access to digital music via one click of the shuffle button discourages this. Pre- and post-song context matters less, promoting a shallower engagement with the music. Shuffling a playlist isn't immersive, it's something you do while you chop vegetables or do homework. The affordances simply aren't the same. I am not claiming better or worse — sometimes I just need some good veggie-cutting tunes — but it is undeniably different.

Dematerialization is not only manifest in music, though it is a great case study, but potentially anywhere technological change has shifted information encoding and transmission. I see this at my current job with Square, where we work to change the way people exchange money. The dematerialization of money via internet commerce apps and eventually cryptocurrency comes with trust, security, and privacy advantages, but dissociates us from the physical feeling of loss when we hand someone else our hard-earned, material dollar bills. As with most if not all design challenges, there are opposing tradeoffs.

This essay, then, is a personal statement of sorts. I hope to organize my thoughts around my deep interest in exploring the materiality of information through design. Specifically, I intend to use design as a lens to make sense of how the (re)materialization of information can facilitate more mindful ways of interacting with technology.

The first project I undertook with this pursuit in mind was ∆: light sound motion, my final project for a spring seminar on The Art of Light. Through ∆, I wanted to better understand how music, in a sense multidimensional information, can be encoded as motion and translated by a physical machine as visual representation.

∆ is a start. Here's to things yet discovered.